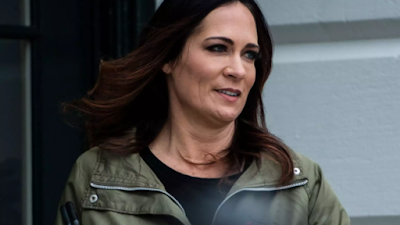 Grisham submitted her resignation on Wednesday afternoon in the wake of the violent protests at the United States Capitol Hill .

A mob had broken into Capitol Hill while lawmakers were in the process of certifying the November 3 presidential election.

President Donald Trump, who has refused to concede the election he lost to President-elect Joe Biden, had asked his supporters to march to Capitol Hill.

Grisham began her tenure working as a press wrangler on the campaign trail of Trump in 2015.

She came into the White House as deputy press secretary under Sean Spicer, former white house communication director, but in March 2017, she was hired by Melania.

“It has been an honor to serve the country in the White House. I am very proud to have been a part of Mrs. Trump’s mission to help children everywhere, and proud of the many accomplishments of this Administration,” Grisham reportedly said.