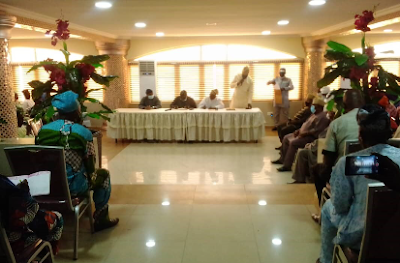 The Peoples Democratic Party (PDP) Reconciliation Committee in Southwest is in Ogun State.

The committee met with former Governor Gbenga Daniel and some PDP leaders on Tuesday.

It met other party chieftains in Abeokuta, the state capital, on Wednesday.

The stakeholders, drawn from the three senatorial districts, urged the committee to do its job without fear or favour.

They told the PDP national leadership to stop taking sides in intra-party disputes.

The participants urged the team to intervene in the “illegal occupation of the party secretariat” by those “working with” the Allied People’s Movement (APM).

Oyinlola assured that the committee had noted their submissions and would take action.