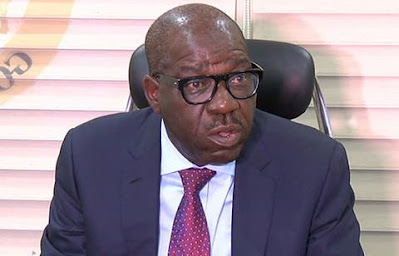 Edo State Governor, Godwin Obaseki, on Friday said the escape of about 2,000 prisoners from correctional centres in the state during the #EndSARS protests had compounded insecurity in the state.

He, however, said the state government was building a robust security system to deal with the situation, urging citizens and the private sector to support the government’s efforts.

Obaseki, who said this in his New Year broadcast, stated that he was emplacing deep-rooted reforms in the state to engender sustainable development and reconfigure government institutions to better serve the people.

He said, “The social and economic tension emanating from the effects of the COVID-19 pandemic led to the #EndSARS protests and its aftermath, which resulted in jailbreaks in Oko and Sapele Road, Benin City. Almost 2,000 prisoners escaped from these facilities and this has compounded the security situation in the state, which we are now dealing with.

“We are building a robust security system to deal with the peculiar challenges that we now face. We are essentially evolving a public safety system that is anchored on citizen participation with a bottom-up structure, such that citizens are actively engaged in protecting and securing their immediate communities in collaboration with the government.”

He added that the government would be launching the operation ‘Know Your Neighbour,’ campaign, where citizens would be requested to provide information on the identities of all those who lived close to them.

He also called on the citizens to adhere to COVID-19 safety protocols.

On the highpoint of the outgone year, the governor said the September 19, 2020 election was a silver lining for the state, saying, “In the midst of the gloom and despair, there was a silver lining for us in Edo State with the conduct of the September 19 governorship election, which against all predictions, turned out to be peaceful, credible and a watershed for our democracy as a nation.”