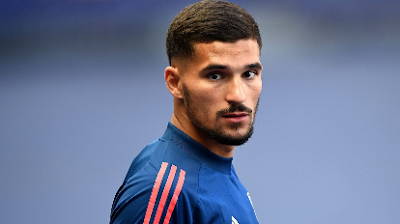 Lyon star, Houssem Aouar, has ruled out any possibility of leaving the club amid links to Arsenal in the January transfer window.

Arsenal tried several times to sign Aouar in the summer but was unable to agree to a deal with Lyon, who were demanding a €60million (£55.5m) transfer fee for the midfielder.

Aouar ended up staying in France, and has now insisted that he will remain at Lyon until the end of the season.

Speaking on the development, Aouar told RMC Sport: “I do not see how I could be unhappy in my city, in my club. That is something that I do not understand.

“I’m very happy to be here. I took the decision to stay with the club that formed me, I savour every day I’m here.

“Everything that I want is to put this club back in its rightful place with my team-mates.

“I’m very happy to be here. We’ve an enormous amount of ambitions for this season.”