‘Psquare not the first group to split’, my wife, children are my blood— Peter Okoye hits critics 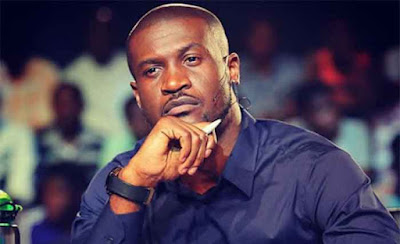 Peter Okoye, a Nigerian singer better known as Mr P, has slammed critics who constantly ask him to “bring back” Psquare, the now-defunct music group he shared with Paul Okoye, his twin brother.

The 39-year-old singer took to social media on Thursday to state that the pair have moved on, adding that he has no intention of going back to the group.

In the lengthy post, Peter wondered why people are so concerned about Psquare when they are not the first group to split.

“Let me get this off my chest before some people start their usual preaching. Listen, nothing lasts forever and change is constant. Everyday they continue barking; apologise to your bros, bring back our Psq, we don’t know Mr P, we only know Psq, he doesn’t know how to sing, he is nothing but a dancer, his career is dead, such a noise maker, why is he so Childish, you are now an upcoming artiste. Waa! waa!! waa!!!,” he wrote.

“Mr P’s fans is all that matters now. If you are still angry that my handle still has Psq come and remove it yourself. We have since moved on and its best y’all do the same. Support who you wish to support and move on. It is not a competition and I am not even giving any room for that.

In a follow-up post, the singer also addressed those who shamed him for his Zoom Lottery business while sharing his dreams for the forthcoming year.

He added that he will be releasing ‘Follow My Lead’, the first single off ‘Prodigal’ album on December 11.

“I’ve been attacked and shamed because of my Zoom Lottery platform with some people going as far as saying I’ve become Baba Ijebu; for all those who have used this line. I hope you are aware that that organisation employs hundreds of people, puts money on the table for some and as at 5 years ago, the owners networth was put around $500m (think about it),” he added.

“Our first single from the shelves of the Prodigal Album, ‘Follow my Lead’ is out tomorrow.”