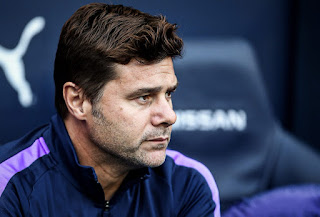 Mauricio Pochettino will be the manager to finally re-unite Lionel Messi and Neymar on the football pitch, according to Le Parisien.

Pochettino will make his return to management after over one year out following his sacking from Tottenham, replacing Thomas Tuchel at the Parc Des Princes.

And he will make the bold move to lure Messi from Barcelona and pair him in attack to rekindle a frightening strike partnership with his close friend Neymar.

Messi is able to leave Barca as a free agent at the end of this season and is widely expected to call time on his career at the Nou Camp.

The 33-year-old tried to engineer a move away from Barcelona in the summer.

He sent a burofax to the club, hoping to exercise a clause in his contract to leave for free.

But the Spanish giants stood firm and Messi remained at the club.