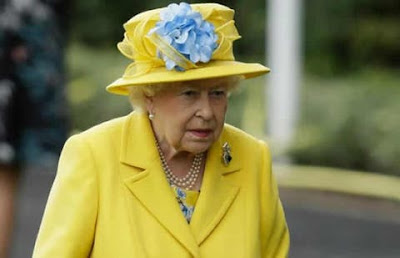 Britain’s Queen Elizabeth has commended frontline workers for their efforts during the pandemic, expressing during her annual Christmas television broadcast how “moved” she was by the “quiet, indomitable spirit” shown by people over the last year.

“Every year we herald the coming of Christmas by turning on the lights,” the Queen said, noting that this year people were unable to celebrate in the usual way.

“But we need life to go on,” she added. “A year that has necessarily kept people apart, has in many ways brought us closer.”

According to CNN, much of the UK is currently under stringent coronavirus restrictions due to a winter surge in cases, preventing many families from gathering at Christmas.

“Of course for many, this time of year will be tinged with sadness,” the Queen said.

“Some mourning the loss of those dear to them, and others missing friends and family-members distanced for safety, when all they’d really want for Christmas is a simple hug or a squeeze of the hand.”

She added, “If you are among them, you are not alone and let me assure you of my thoughts and prayers.”

The 94-year-old also acknowledged those from other religious backgrounds who were unable to celebrate their own religious holidays over the last year due to the pandemic.

The Queen said she had been inspired by stories of those who helped people in need and said the people of the UK and the world had risen to the challenges of the year.

She went on to say the country owed a “debt of gratitude” to those who worked in frontline services and in the scientific fields.

The British monarch traditionally celebrates Christmas at Sandringham, her English country retreat, where she is usually joined by children, grandchildren and great-grandchildren, but Covid-19 has prevented them celebrating at the estate this year.

The Queen is instead spending Christmas “quietly” this year at Windsor Castle with her husband Prince Philip.

The royal family was directly hit by the pandemic this year with both the heir to the British throne Prince Charles and his son Prince William testing positive for the virus.

The Queen and Prince Philip have spent most of their time in 2020 at Windsor Castle, having moved away from Buckingham Palace during the first wave of Covid-19 in the spring.

Her remarks ended on a note of positivity. “The Bible tells how a star appeared in the sky, its light guiding the shepherds and wise men to the scene of Jesus’s birth,” she said. “Let the light of Christmas — the spirit of selflessness, love and above all hope — guide us in the times ahead.”