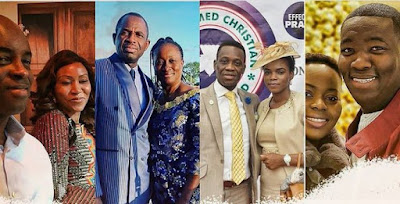 Adeboye’s children always celebrate their wedding anniversary on 28 December, the date they all married but on different years.

Enoch, 78, who attended Obafemi Awolowo University, graduated with a bachelor’s degree in Mathematics in 1967, and married Foluke Adenike in the same year.

Sharing a picture of his children, Adeboye wrote: Happy Wedding Anniversary to all my seeds Adeolu, Bolugbe @lekeadeboye @dadeboye78 . I pray that the joy of the Lord will not depart from your homes in Jesus name.