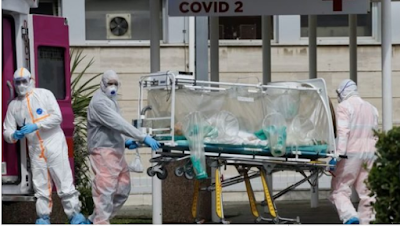 Nigeria’s daily figure of coronavirus infections maintained a high count for the sixth consecutive day, on Sunday, with 838 new cases confirmed across 15 states and the federal capital territory (FCT).

More than 700 new infections have been confirmed daily between December 22 and 25 — over 1,000 cases were confirmed for two days in a row during the same period.

The new figures, which have been recorded as the country settles into the second wave of infections, comes exactly 10 months after Nigeria confirmed its first positive sample — the index case of the virus was confirmed on February 27, 2020.

The Nigeria Centre for Disease Control (NCDC) confirmed the 838 new cases in the update for December 27, 2020.

According to the breakdown given, FCT and Lagos maintained high daily counts with 297 and 253 cases, respectively, while Plateau was third on the list with 82 new positive samples.

Seven persons were confirmed to have died of coronavirus complications on Sunday, signifying an increase over the past 24 hours, and the current fatality toll stands at 1,254.

The number of new recoveries also increased with 539 patients discharged on Sunday — including 255 persons in 160 in Kaduna.