Nasarawa gov: Those saying Nigeria is a failed state are ignorant 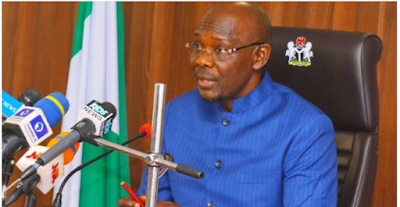 Abdullahi Sule, governor of Nasarawa state, says those describing Nigeria as a failed state are ignorant of what the government of President Muhammadu Buhari is doing to tackle the rising insecurity in the country.

In an editorial on Tuesday, Financial Times said Nigeria will become a problem far too big for the world to ignore if urgent and drastic measures are not taken by the Buhari administration.

“The definition of a failed state is one where the government is no longer in control. By this yardstick, Africa’s most populous country is teetering on the brink,” the international business newspaper had written.

But reacting to the editorial when he featured on Sunday Politics, a Channels Television programme, Sule said those who described Nigeria in such way do not mean well for the country.

“My concern is people who think nothing is being done, we are failed state, we are a this, we are a that, these statements that are being made by people who probably don’t mean well for Nigeria,” he said.

Sule, who was speaking from Houston, United States of America, admitted that the country is battling security challenges but said Buhari is constantly working to put an end to the rising insecurity.

The Nasarawa governor said that in the previous administration, Nigeria was tagged as a “failed” state when there were bombings and state of emergencies in four states of the federation but such is not the case at the moment.

“This question of failed state has happened many times in some of these international media, they have tried, not for this administration, for the previous administrations,” he said.

“When Abuja was being bombed, when Adamawa and three states were declared state of emergency. They were calling is almost failed state. Do we any state that is under emergency. I don’t think anybody is going to tell you that we are doing fantastic in the areas of managing security. Are we improving in other areas?

“This is the one I have you the answer, I said, yes. Are we having security challenges in Nigeria? I tell you, yes, a lot of them, in every state of the federation, we are having one problem or the other.