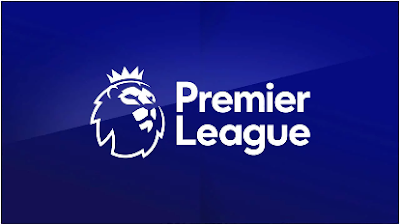 The Premier League was a mouth-watering finale at the weekend as viewers witnessed some of the memorable moments leading to Christmas eve.

The Anfield side was in devastating form against Crystal Palace while Chelsea and Manchester United impressed with big wins at home.

However, the story is still sour for Arsenal who welcomes Manchester City in the EFL Cup quarter-finals at the Emirates.

With goal plenty in the matchday 14 of the Barclays Premier League as well as top individual performance, we evaluate 5 players who impressed in the course of the weekend Premier League games.

The Brazilian produced a magnificent display as he was on hand to deal a blow to the Eagles hopes at the Selhurst Park.

Back from his thumping header which sealed the win against the title aspiring Tottenham Hotspur side, he scored a brace to signal his contribution for the Reds.

He’s proven that he can get the goals himself while Diogo Jota is out on the sidelines for Liverpool.

Such a memorable performance will be required from Firmino along in the season as key games await Liverpool in the on-going campaign.

His both goals would have served him right with regards to the inward criticism he’s been getting following his not too good goal ratio at the club for Liverpool.

The Egyptian star has always been in the news for much of the campaign. His performance was worthy of note as he personally dismantled the Crystal Palace side with a pair of goals after the intermission.

After scoring against Tottenham Hotspur in the previous game, he found the net yet again against Roy Hodgson’s men.

And this time he scored twice to signal his overwhelming potential as a goal scorer for the club.

He’s been amazing despite the campaign for the Reds and they would want to keep him at the club despite the rumours concerning the interest from Spanish giants Barcelona and Real Madrid about his signature.

The Red Devils were rampant at the weekend thanks to the amazing goals Scott Mc Tominay used to herald the win for his side in the contest.

The Scottish International was in a scintillating form against Leeds United as he scored a brace within the space of a few minutes.

His showings against the promoted EPL side depicts confidence and class as he engineered his sides’ rise up the table.

United would be basking in the euphoria of the win thanks to a pair of goals from the midfield player.

He was outstanding in thwarting the opposing team in his pivot role for the Red Devils as they ended the weekend in third place with a game in hand against Carlo Ancelotti’s Everton on Wednesday.

The Portuguese talisman proved his United relevance yet again as he alongside Scott Mc Tominay inspired the Red Devils to an emphatic win over Marcelo Bielsa’s men at home.

Bruno scored a brace just like Scott Mc Tominay as both players joined themselves on the Premier League player of the week.

The attacking superstar was impressive as always as he contributed immensely to his side 6-2 thumping against the visiting Leeds United side.

His individual display was encouraging as he coolly converted a penalty to seal his brace and his side’s 7th goal in the contest.

The Chelsea forward chose to leave it late as he notched a brace against London rivals West Ham United on Monday Night Football.

While Thiago Silva was in top form with a goal, Tammy made do of the inspiration the Brazilian could exude from the defence to prove his importance to the London side at home.

He was spot on and at the right place at the right time to find the net at the latter stages of the contest though the club is worried about Timo Werner’s barren spell in front of goal.

Such was Abraham’s impact as his individual brilliance with a brace pushed his Chelsea side up to the fifth position on the Premier League standing.