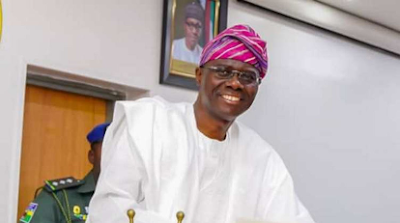 The Lagos State Ministry of Environment and Water Resources has said several constructions and dredging have been embarked upon towards bringing about a permanent solution to the challenge of flooding.

According to a statement signed by the Director, Public Affairs, Ministry of the Environment and Water Resources, Kunle Adeshina, the ministry had already commenced the construction and concrete lining of the nine-kilometre Akinola/Aboru drainage channel.

Adeshina noted that the construction, with a completion period of 24 months, would permanently solve the Aboru flooding problem, which he said dated back to 1989.

He added that in addition to the work on the Akinola Aboru channel, the ministry had commenced work in other areas.

“The Freedom Way Channel, Lekki that takes away flood from the Lekki-Epe Expressway, part of Itedo and part of Admiralty way straight into the Lagos Lagoon.”

Adeshina added that the same applied to the Orchid Road Collector drains off Lekki-Epe Expressway in Eti-Osa, to de-flood Orchid Road and the numerous estates within the neighbourhood in Lekki.

According to him, the project would eliminate the overflow of the area with stormwater after heavy rain falls.

He said, “Dredging and construction is also ongoing on the Fish Farm Collector Drain, Ikorodu to provide relief to fish farmers who are facing flooding issues due to the on-going construction on Ikorodu-Shagamu Road.

“There is construction at the Edun Alaran Collector Drain, to alleviate the flooding problem being encountered at Beckley Estate and its environs in Ifako-Ijaiye Local Government Area.”

The ministry said other areas included the Osapa Lagoon Channel, to de-flood Ologolo Lekki Expressway at Jakande and the Kusenla regional roads, the drains from Odugunwa Street through Buraimoh Alli Fetuga, Ogunmekan Onabola, Charly Boy, amongst others.

Adeshina made the assurance that painstaking efforts were being made to ensure that flash floods disappeared after a maximum of five hours, following such downpours.

He also noted that the ministry had positioned the Emergency Flood Abatement Gang to clean up existing channels to free them of refuse and silts.

According to him, from its reactivation in October 2019 till date, EFAG had successfully maintained, cleaned and de-flooded a total of 307 km of drains across several local governments of the state.