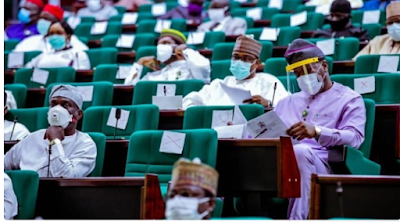 The Peoples Democratic Party, PDP, caucus in the House of Representatives on Thursday, called for the impeachment of President Muhammadu Buhari.

Kingsley Chinda, leader of the caucus, made the call at a press conference in Abuja.

Chinda made the call in response to the abduction of students of the Government Science Secondary School in Kankara area of Katsina State by Boko Haram.

He made the call in the company of members of the PDP caucus.

According to Chinda: “The president should be impeached over the growing insecurity in the country.”

Recall that Boko Haram had abducted about 600 students from the Government Science Secondary School in Kankara Local Government Area of Katsina State.

Following the abduction, the terrorist group had explained that their action was to discourage western education and encourage Islam

On Thursday, the insurgent released a video claiming it has custody of the abducted students.

The relatively older schoolboy who spoke to the camera urged the Nigerian Government to settle amicably with their abductors and advised against the use of military force in rescuing them.

The student also disclosed that some other students were killed.