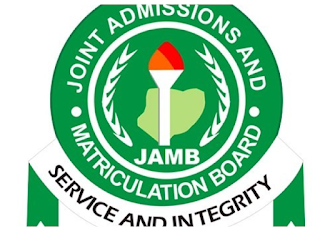 The Joint Admissions and Matriculation Board, JAMB, on Thursday, gave N75million award to each of the five best performing tertiary institutions in Nigeria.

Federal University, Wukari, Taraba, won the Most Improved Institution in Gender Balance, while the University of Ilorin again won the Institution with the Highest Number of Admitted International Students.

Ogun State Institute of Technology, Igbese, won the Most Compliant Institution in keeping to guidelines of admissions.

It was the second edition of the National Tertiary Admissions Performance Merit Award for 2019.

He said that the Federal Government would continue to play a critical role in teaching, learning and research, adding that the exercise was one of government’s reward systems and intervention in tertiary institutions.

“In the first edition of the awards in 2019, JAMB supported tertiary institutions with N125 million and this year. The board is supporting the sector with N375 million.

“This is no doubt an excellent gesture worthy of emulation. I am aware that the board’s support for the education sector cuts across the basic, secondary and tertiary education levels, and it is a good Corporate Social Responsibility agenda.

“I’m equally aware that many other agencies, the organised private sector, individuals, NGOs, international agencies and many others are supporting the education sector in various forms and quantum.

“Contributions to the education sector should not be limited to the budgetary allocation of the government to the sector.

“This doesn’t negate the reality that education is not receiving an equitable share of the national budget,” Adamu said.