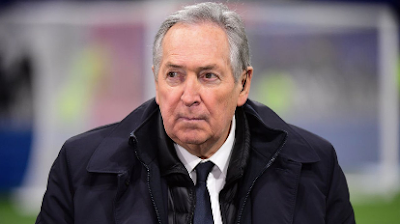 Former Liverpool and Aston Villa manager, Gerard Houllier, has died at the age of 73.

The Frenchman, who spent six years at Anfield, passed away days after heart surgery, L’Equipe reports.

After his spell with the Reds, Gerard returned to France with Lyon in 2005, before joining Aston Villa in England in 2010.

However, Houllier’s spell at Villa Park was cut short due to illness, forcing him to step down from his role after just nine months.

Match of the Day presenter, Gary Lineker, has paid tribute to Houllier on Twitter.

He wrote: “Oh no! Gerard Houllier has passed away. One of football’s smartest, warmest and loveliest people.”