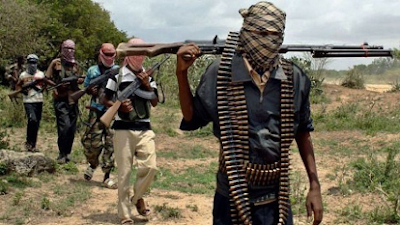 Armed bandits have attacked a community in Adamawa State and left one resident dead.

It was gathered Monday morning that the bandits launched the attack Saturday evening on Humbutudi, a ward in Maiha Local Government Area, north of the state capital, Yola.

The bandits, local sources said, killed one person and injured another after shooting randomly, to scare residents away.

The sources said the attackers took away valuable items as if they invaded the community primarily to steal.

“They looted the biggest provision shop in the community,” one of the sources said.

The source who identified the injured and the dead as Yaya Bulus and Godwin James, explained, “Bulus was shot in the leg while Godwin was shot in the abdomen. They were rushed to the Maiha Cottage Hospital where Godwin lost his life.”

The Police Public Relations Officer in Adamawa State, DSP Suleiman Nguroje, could not be reached by press time to speak on the incident, but the Maiha Council Chairman, Hon Idi Ali Amin confirmed it.

He said, “The attack is intolerable. It was the first attack after an international peace meeting which I initiated and hosted.”