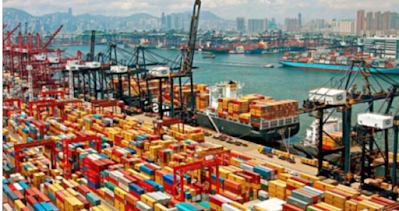 Niyi Adebayo, the minister of industry, trade, and investment, says the federal government (FG) has suspended the issuance of licences for the operation of free trade zones (FTZs) in the country.

Adebayo announced this on Monday  at the inauguration of the panel set up to evaluate the performance of FTZs.

A free-trade zone is a class of special economic zone within a geographic area where goods may land, stored, handled, manufactured, or reconfigured and re-exported under specific customs regulation and generally not subject to customs duty

A statement by Ifedayo Sayo, his spokesperson, quoted him as saying that all applications for FTZs licences would not be processed until the completion of the panel’s task.

“It is important to note that FTZs in most developed countries have contributed successfully to their industrialisation process,” he said.

“The model was adopted by the Asian Tigers and today, most countries, including African countries, are beginning to key into the idea.

“Nigeria, through the Federal Ministry of Industry, Trade and Investment (FMITI), has begun delivery of world-class FTZs across the country.

“However, due to poor implementation, we have yet to take delivery of the dynamic potentials of FTZs as an instrument for economic growth.”

The trade minister lamented that despite having 33 licensed FTZ operators in the country, only 12 are operational due to poor implementation.

“Currently the performance of FTZs licensees has been below expectation and this heavily impacts our ability to deliver on crucial priority areas of the government,” Adebayo said.

“FTZs are key to the nation’s push towards industrialisation and will have a significant impact on Nigeria’s trade and economic fortunes which is greatly required given the current economic challenges.

“The sector can be extremely lucrative if executed efficiently and we must aim to improve the operation of our zones.”

He explained that the panel would provide a set of recommendations to inform government strategy on FTZs based on a thorough assessment of their current operations.

Also, the panel would work through the context of the terms of references provided to deliver a clear and detailed report within eight weeks of inauguration.

According to him, this would facilitate the  delivery of world-class FTZs, as expected under the presidential priority projects (PPP).