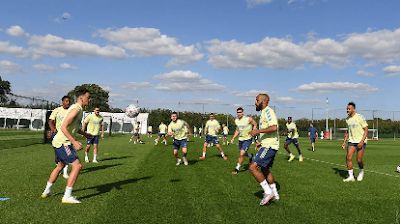 Arsenal have confirmed that three key players would miss the Gunners’ Carabao Cup tie against Manchester City on Tuesday night due to injury and suspension.

The players are Pierre-Emerick Aubameyang, Thomas Partey and Granit Xhaka.

Arsenal made this known in a statement via its website on Monday.

Mikel Arteta’s side head to the game following a 2-1 defeat against Everton in the Premier League on Saturday.

“Thomas Partey – Left thigh. Sustained a strain to the thigh against Tottenham Hotspur. Thomas is currently unavailable and is working hard with our medical team in order to return to training as soon as possible.