ASUU: We are still on strike – Lecturers in LAUTECH debunk resumption rumours 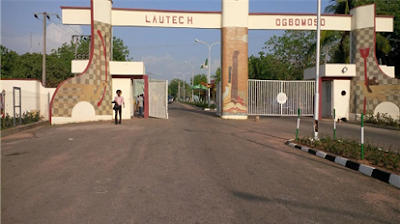 The Ladoke Akintola University of Technology (LAUTECH) Ogbomoso Chapter of Academic Staff Union of Universities (ASUU) has dissociated itself from a resumption calendar released by the institution’s registrar, Mr. Kayode Ogunleye.

The union insisted that its members are still on an indefinite strike until the federal government meets her demands.

Our correspondent learned that Ogunleye in a memo written on behalf of the Vice-Chancellor of the university, Professor Michael Olufisayo Ologunde, said the Senate of the university approved the amended academic calendar for the 2019/2020 academic session.

But, ASUU while reacting maintained that the academic staff of the institution is still on strike.

The union added that the strike is in compliance with the national struggle of ASUU.

The union in a statement signed by ASUU Chairman, Dr. Biodun Olaniran, said the academic staff of the institution are still involved in the ongoing nationwide ASUU strike.

Olaniran added that the union will not betray the struggle to

get a better public varsity and welfare system for her members.

He advised parents not to allow their wards waste scarce resources in coming to school which is yet to resume.

Olaniran said, “Our Union is in receipt of 2019/2020 amended academic calendar released by the Vice-Chancellor through the office of the Registrar.

“The Academic Staff Union of Universities LAUTECH branch wishes to dissociate itself from the said memo.

“This is against the principles of our Union and we wish to inform the general public that our branch is actively participating and also in full support of the ongoing national struggle.”