2023: How to achieve Igbo presidency 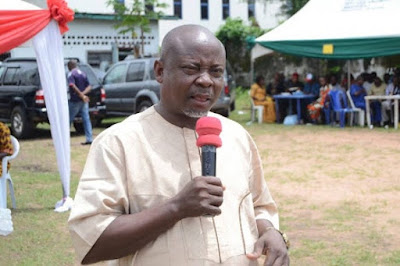 A former member of the Imo State House of Assembly, Hon. Raymond Emeana has called for a bi-partisan method towards realizing a Nigerian president of Igbo extraction in 2023.

Emeana said the Igbo presidency project would be realized if leaders of the two leading parties, Peoples Democratic Party (PDP) and the All Progressives Congress (APC) insist on both parties ceding their presidential tickets to the South East.

In a statement he issued on Friday, he stated that both parties are at present afraid because they are not sure if any of them would cede the ticket to the North if the other gives it to the South East.

He observed that any one of them that cedes the ticket to the North is sure to win because the South West is likely to back the North against the South East.

Emeana, who is the Secretary of the PDP in Imo State submitted that it is for this reason that the defection of Gov. David Umahi of Ebonyi State to the APC was a blow to the quest for an Igbo presidency.

“It is not enough to clamour for Igbo presidency in 2023 but for the entire Igbo’s to put their acts together towards realizing it.

“The only workable means of realizing it is to adopt bipartisan approached whereby Igbo leaders from various parties will insist that the presidential ticket be ceded to Igbos.

“The leaders should swallow their pride and do away with self aggrandizement because this has been the problem of Ndigbo from time immemorial.

“Our chances to produce the next Nigerian president is very clear if we come together to fight the course instead of fighting for individuals interest,” he noted.