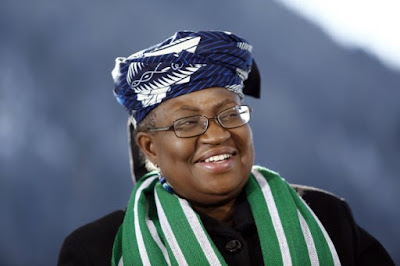 The WTO postponed the appointment until further notice, further delaying the confirmation of Dr Okonjo-Iweala as WTO DG.

The statement acknowledged Okonjo-Iweala as the most preferred candidate for the WTO DG job but said that the meeting for her announcement has been rescheduled without a date fixed yet.

Walker cited reasons that including the health situation and current events, delegations will not be in a position to take a formal decision on November 9 as earlier scheduled.

The statement reads: “As you know, at the meeting of Heads of Delegation on 28 October, in accordance with the Procedures for the Appointment of Directors-General adopted by the General Council and contained in WT/L/509 and the agreed modalities for Phase 3 of the process in JOB/GC/243, I and the Facilitators – Ambassador Dacio Castillo, Chair of the Dispute Settlement Body and Ambassador Harald Aspelund, Chair of the Trade Policy Review Body – reported the outcome of the third and final round of consultations in the process of appointment of the next Director-General and announced that we were submitting the name of Dr. Ngozi Okonjo-Iweala as the candidate most likely to attract consensus and recommending her appointment by the General Council as the next Director-General of the WTO. My statement can be found in JOB/GC/247.

“I also announced that a Special Meeting of the General Council would be convened to take a formal decision on the appointment of the next Director-General and a meeting was subsequently convened for 9 November for this purpose with an Airgram circulated to delegations in WTO/AIR/GC/33 which, as you have seen, contains a single item concerning the Appointment of the next Director-General.

“It has come to my attention that for reasons including the health situation and current events, delegations will not be in a position to take a formal decision on 9 November.

“I am therefore postponing this meeting until further notice during which period I will continue to undertake consultations with delegations”.

Reacting, Okonjo-Iweala thanked the WTO for formally recording her leading position as most likely to attract consensus for WTO DG, stressing that every step is important.

“Thank you @WTO for today’s step in the formal recording of my leading position as Most Likely to Attract Consensus for WTO DG.

“Every step is important. ‘Look forward to further progress at the appropriate time,” Okonjo-Iweala tweeted shortly after Walker made the postponement public.