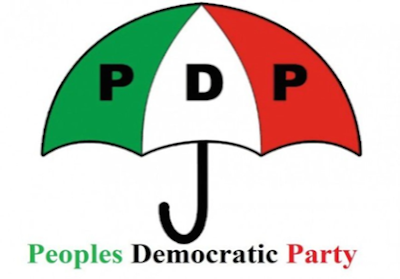 The elder and major stakeholders of the Peoples Democratic Party (PDP) have affirmed the belief that it’s the turn of the South-East to produce the next President of Nigeria in 2023.

The party elders and stakeholders affirmed the belief on Monday at a news conference in Abuja, addressed by Mr Frank Ogbuewu, the former Nigerian Ambassador to Greece, on the recent defection of Governor Dave Umahi of Ebonyi State from the PDP to the All Progressives Congress (APC), NAN reports.

Ogbuewu noted that at no time had the South East Zone of the PDP met to discuss strategies to actualise the zoning of the presidency to the South East come 2023.

“We note that it’s now common knowledge that our governor, Dave Umahi, has formally defected to APC which officially took place on November 19, on the purported reason of the inability or unwillingness of the PDP to zone the presidency to South East come 2023,” Ogbuewu said.

“We affirm our belief that it’s the turn of South-East to produce the next president of Nigeria.

“We, however, note that at no time has the South-East zone of the PDP met to discuss or resolve on the strategies to actualise the zoning of the presidency to South East come 2023.

“We affirm our resolve to obey and honour any decision or resolution by the South-East PDP on how to actualize the zoning of the presidency to South East come 2023.

“We note the explanation of the party that the issue of zoning isn’t yet on the table for consideration and in due time, it’ll be treated in line with the party’s rules and guidelines.”

Ogbuewu assured the people of Ebonyi State that the PDP remains “the only party deeply rooted in the minds of the people and its strength remains unshakable.”