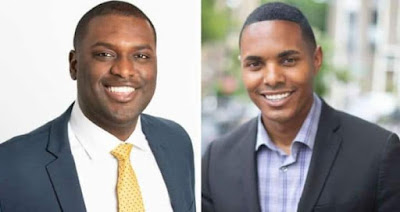 Two men and a woman made history in the U.S. 2020 election by becoming the first transgender and openly gay, black men to be voted as lawmakers.

McBride made history in 2016 when she spoke at the Democratic National Convention, becoming the first transgender person to do so at a major-party convention.

According to NPR, she interned at the White House during the Obama administration and served as the national press secretary for the Human Rights Campaign.

She celebrated her win on Twitter, saying: “I hope tonight shows an LGBTQ kid that our democracy is big enough for them, too.”

Ritchie Torres, a 32-year-old Democratic congressional candidate from New York who identifies as both black and Latino, defeated his Republican opponent and will head to the U.S. House of Representatives to represent the South Bronx, making him also the first openly gay Latino in the U.S. Congress.

Both men highlighted their humble origins during their campaigns, having grown up in poor, single-parent households in New York.