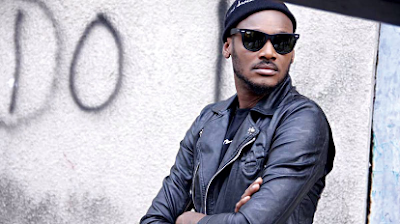 Recall that the minister of information, Lai Mohammed on Saturday said the Buhari-led government had no intention of shutting down social media.

According to the minister, the government has regards for freedom of speech and therefore plans to only regulate social media in order to stop sending fake news and promoting hate speech.

According to him, a responsible government would not talk about regulating social media at a time where the youths are demanding an end to bad governance, amongst others.

Reacting, Tuface urged the leaders to do the needful first before regulating social media.

On his Twitter page, he wrote: “It is the irresponsibility of Nigeria’s successive governments, political elites, corporate greed and thievery that made social media enter Nigeria without regulation in the first place.

“All this talk against it now stinks of desperation from irresponsible leaders.Do the needful 1st!

“’If to say them be responsible governments no be now them for dey talk this one.’ It shows how irresponsible all of them have been

“Everything I talk na PDP and APC join o. Don’t get it twisted. They are the same.”

Tuface, however, added that everything is expected to be regulated in order to maintain law and order in the country but not in the direction the government was planning.

“Everything is supposed to be regulated. There must be law and order, but no be this one wey dem dey talk. This their own na fowl nyash wey open dem wan cover,” his tweet added.