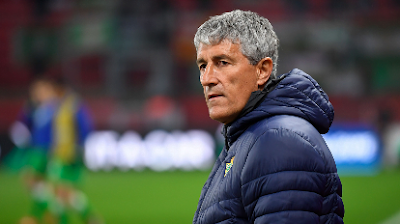 Setien arrived at the Nou Camp in January 2020, after the club sacked Ernesto Valverde.

But the former Real Betis manager lasted just over six months before he too was relieved of his duties in August.

Barca’s stunning 8-2 defeat to Bayern Munich in the Champions League was the final straw for Setien, who failed to win a single trophy too.

In an interview with El Pais, Setien spoke about the difficulty of managing a player like Messi.

“Leo is difficult to manage. Who am I to change him! If they have accepted him as he is for years and have not changed him.

“There’s another facet beyond just the player and it’s more difficult to manage. Much more difficult. It’s something inherent in many athletes that can be seen in the Michael Jordan documentary. You see things you don’t expect.

“He’s very reserved but he makes you see the things that he wants. He doesn’t talk much.”

Setien also feels he should have made decisions with the club as a whole in mind, rather than any individual players.