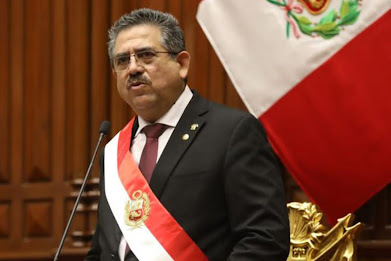 Manuel Merino, President of Peru, has resigned following the death of two protesters.

The deaths, which happened while people were protesting the sudden impeachment of his predecessor, Martin Vizcarra, sparked outrage in the country with calls for his resignation.

Merino took power on Tuesday after legislators shocked the nation by voting to remove the popular former President, Vizcarra and then swore in Merino, who was the head of congress.

On Sunday, in a video message to the country, Merino said, “I present my irrevocable resignation. I call for peace and unity of all Peruvians.”

He added that he would now focus on ensuring a smooth transition to a new leader to avoid a power vacuum.

A new interim President is expected to be announced later today.