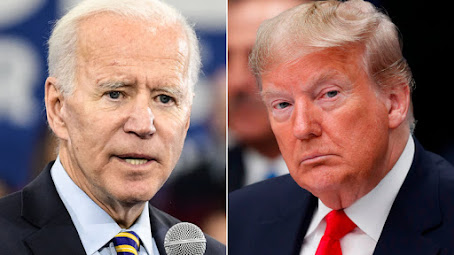 United States (U.S.) President Donald Trump has acknowledged that his Democratic challenger Joe Biden won the November 3 presidential poll, but reiterated his claim that the vote was “rigged.”

“He (Biden) won because the election was rigged,” Trump wrote on Twitter yesterday, not referring to Biden by name.

But, former White House Adviser John Bolton has asked GOP leaders to go against Trump’s assertion that the winner of the 2020 election has not yet been decided.

Biden overwhelmed Trump by winning a series of battleground states that the Republican incumbent won in 2016.

Biden has won 306 votes in the state-by-state Electoral College system that determines the presidential winner, according to Edison Research, far more than the 270 needed.

Instead, Trump has spent his days attending few public events and pressed unsubstantiated allegations of fraud on social media.

Trump has also stalled the government’s normal process of preparing for a new presidential administration, which both Democrats and some Republican have said has serious national security implications.

The U.S. campaign team and Republicans have also sought to press their case in court in key battleground states, but have been widely rejected.

Biden and Vice President-elect Kamala Harris have moved forward with their transition efforts, including briefings on the COVID-19 outbreak.

On Saturday, tens of thousands of Trump supporters trooped to streets in Washington DC to echo his electoral fraud claims.

“Hundreds of thousands of people showing their support in D.C. They will not stand for a Rigged and Corrupt Election!” the president wrote on Twitter, though most crowd estimates were well short of Trump’s figure.

Trump’s motorcade passed through the crowd on its way to his golf course in Virginia, producing cheers from demonstrators as the president waved from the back seat.

The march was largely peaceful, though numerous scuffles broke out between Trump supporters and counter-protesters that continued after dark. One person was stabbed and taken to a trauma centre.

Dozens of Proud Boys, a far-right group, marched in the streets, some wearing helmets and ballistic vests, while members of the loose far-left movement known as Antifa staged their own counter-demonstrations.

The city’s police arrested at least 10 people, including several who were charged with assault.

With his chances of reversing the outcome virtually extinguished, Trump has discussed with advisers potential media ventures that would keep him in the spotlight ahead of a possible 2024 White House bid, aides said.

Bolton said Trump is misrepresenting the election results by making claims of voter fraud and asked members of the Republican Party to step up and go against the president’s remarks.

“I think it’s very important for leaders of the Republican Party to explain to our voters, who are not as stupid as the Democrats think, that in fact, Trump has lost the election and that his claims of election fraud are baseless,” Bolton said yesterday on ABC News’ This Week.

“The fact is that we’ve seen litigation in all the key battleground states and it has failed consistently,” Bolton said. “Right now, the Trump campaign is doing the legal equivalent of pitching pennies. Where are their silver dollars? Where is the evidence? I think as every day goes back, it’s clearer and clearer there isn’t any evidence.”

There is substantial evidence that voter fraud has not occurred in this election.

Last week, a group of international election observers reported no instances of voter fraud. The Organisation of American States said in a preliminary statement a team of 28 experts who observed the election across the country did not witness voter fraud happening, despite Trump’s claims.

Lawyers helming the litigation efforts for Trump’s campaign against multiple states told the New York Times they were worried the lawsuits intended to challenge the election results are not based on evidence.

The Times also reported election officials in dozens of states said when contacted by the outlet that there is no evidence that fraud influenced the presidential election.