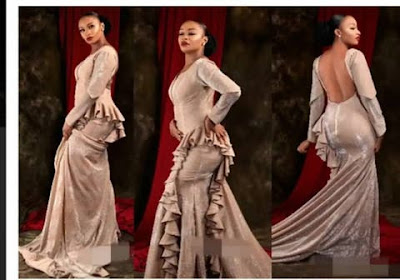 The Inspector-General of Police, Mohammed Adamu, has ordered the Kaduna State Commissioner of Police, Umar Muri, to investigate Kannywood actress, Rahma Sadau, who caused a controversy earlier in the week for posting a photo of herself on social media wearing a backless dress and not covering her hair in contravention of Islamic canons.

The probe is sequel to a petition written to the IG by one Mallam Lawal Gusau.

Sadau, who has been banned by the northern movie industry, had on Monday posted the photo which caused a heated debate on social media.

Many northern Islamic elements had criticised the actress and threatened to attack her while others lampooned them for being too strict on conventional matters.

The actress subsequently deleted the picture and apologised to her fans that are mainly from northern Nigeria but many blamed her for attracting negative comments towards Islam.

In a letter signed by the Principal Staff Officer to the IG, Idowu Owohunwa, the CP of Kaduna State was ordered to look into the matter.

The letter is titled, ‘Complaint of Causing and Acknowledging Derogatory and Blasphemous Comments Against Prophet Muhammed On Rahma Sadau, Kaduna, Kaduna State and Request for Urgent Intervention’.

It reads in part, “I am to convey the directive of the Inspector General of Police that you treat proactively with a view to ensuring that the development does not result in any act that could threaten public peace and security. The Inspector-General of Police further directs that you furnish him with updates accordingly.”

About 12 states in northern Nigeria practice Sharia law which prohibits women from dressing in a manner that is deemed indecent.