Passengers stranded as Kaduna/Abuja train breaks down in bush 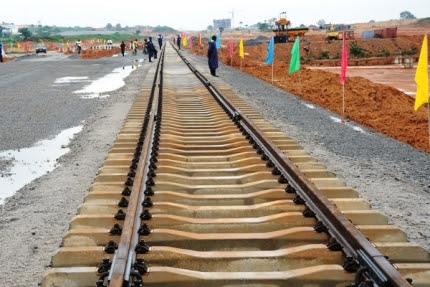 Abuja bound passengers were stranded for hours on Friday evening as a train broke down in the bush after taking off from Kaduna.

A video circulated on social media showed passengers taking fresh air outside while the faulty train was being repaired.

It was gathered that the two-hour journey to Abuja took the train more than four hours to complete.

In the video, a passenger was seen explaining that the train had been at the location for two hours, forcing most of the passengers to get off it to receive some fresh air.

The Manager of Rigasa Station, Aminu Ibrahim, said the incident was a mere mechanical fault, which he said is normal for any engine.

He however said that the problem had since been fixed and the train had resumed its normal schedule.

“But it has since been fixed and we have since resumed our normal operation. In fact, we have run all our schedules today,” he said.

Providing further explanation, the Nigerian Railway Corporation (NRC) attributed incident to a failed locomotive’s turbocharger, vowing that such an incident would not occur again.

The Managing Director of NRC, Engr Fidet Okhiria, said the corporation was already working to forestall a future occurrence.

A statement by the Media Assistant to the Minister of Transport, Taiye Elebiyo-Edeni, in Abuja on Saturday said: “The locomotive’s turbocharger failed and we apologise for that.

“We are working hard to avoid such occurrences in future. By Monday, the train service would be operational.”

Okhiria assured Nigerians that by Monday, November 23, the failed locomotive would be fully operational, adding that the incident did not affect the train’s operation.

He apologised to the affected passengers and pledged NRC’s commitment to their safety at all times.