Nigeria among 12 most dangerous countries for children to live 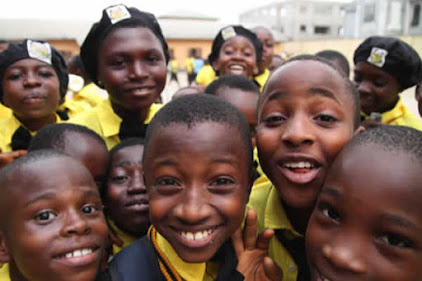 Nigeria is among the 12 most dangerous countries for children, a new report by Save the Children International has said.

The report, which was released on Friday showed that a total of 93,236 children have been killed or maimed in conflicts in the last 10 years, with more than three million children living in an area where violence had been raging for 18 years or more.

It revealed that humanitarian organisations were denied access to children for more than 4,400 times – six times as often as in 2018.

In the report ‘Killed and Maimed: A Generation of Violations Against Children in Conflict’, Save the Children said 25 children, the equivalent of a classroom full of pupils, have been killed or injured on the average every day.

“Many were victims of airstrikes, shelling, landmines and other explosive weapons used in populated areas where families have been ripped apart and tens of thousands of children left dead or scarred for life.

“Last year alone, more than a third of the verified child casualties were caused by explosive weapons – with the number dramatically higher in Afghanistan, Iraq and Syria,” said Inger Ashing, the CEO of Save the Children International in the report.

According to the report, in 2019 some 426 million children lived in a conflict-affected area – a slight increase on the year before.

It stated that around 160 million children lived in a high-intensity conflict zone, also an increase compared to 2018.

The impact of explosive weapons on children is complex, Ashing said, robbing families of their hopes and their ability to access vital services, and often profoundly altering the direction of a child’s life.

The report launched on World Children’s Day is the fourth in a series entitled ‘Stop the War on Children’.

Ashing noted that it shines a spotlight on six grave violations committed against children in conflict zones.

“Over the past decade, more than 200,000 such violations were verified. The record was sadly broken in 2019, which saw 26,233 grave violations committed. The actual number is likely to be even higher as some violations, notably sexual abuse, are grossly underreported.

“Behind the stark numbers are countless stories of the child victims of war. Many are casualties of people blatantly disregarding international laws and standards, and governments turning a blind eye.

“Yet several countries have made a conscious decision to keep selling arms to warring parties even where it was clear they were being used against children. This cannot go on.’’

“Save the Children International calls for states to endorse declaration on avoiding use of explosive weapons in populated areas,” she said.