Opposition sponsoring thugs against us – Fintiri 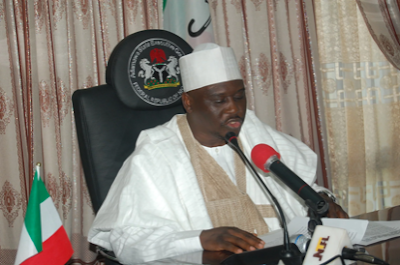 The governor, who made the assertion against the mass looting of last Sunday and Monday especially around the state capital, Yola, said sponsored violence and unconstructive criticism would not do the state any good.

“They should not be sponsoring thugs to destroy our Commonwealth, they should come and see what we are using public funds for,” the governor said.

The governor, who spoke to newsmen while inspecting road projects in the state capital, Yola, said, “I expect the opposition forces to come and see how government funds are being judiciously used for the common good of the citizenry.”

Fintiri said the projects had come to stay and they would be completed and new ones initiated, declaring that despite the activities of hoodlums, his administration would not be distracted.

Of eight road projects which Governor Fintiri inspected during the weekend, those of Dougirei Lane and Lekki Tabba streets have been completed.