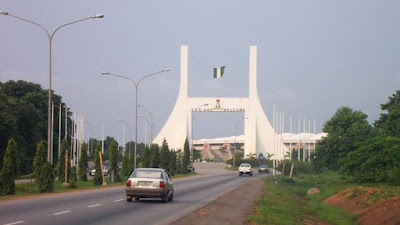 Following renewed traffic gridlocks on Abuja roads, road users have appealed to all officers handling traffic management in the territory to return to the roads to ensure seamless movement.

The President, Road Users Development Network of Nigeria, Dr John Uket made the appeal in an interview on the sideline of a one-day national dialogue on traffic management held in Abuja, the Federal Capital Territory (FCT).

He observed that the renewed bad traffic situations in the FCT, and in Lagos State followed the absence of road traffic personnel from agencies such as the Federal Road Safety Corps (FRSC), Nigeria Police Force, Department of Road Traffic Services (VIO), and others.

According to him, the roads are not manned by traffic and other personnel for fear they could be attacked following the recent EndSars protests.

He tendered an unreserved apology and reassured the personnel of their safety.

“We have taken into cognizance the need to reassure you of the public support that you have always enjoyed before the protest.

“In the spirit of nationhood and patriotism, we want to kindly appeal to you all to forge a new page in our nation’s history.

“For all the traffic officers who are still feeling hurt, the road users, both motorists and commuters, say sorry for the actions of the hoodlums as we hope that such hoodlums will be brought to justice soon,” he told NAN.

He, therefore, condemned the burning of public facilities by the hoodlums, particularly mass transit buses.

He called for investigation into the matter and advised members of the public to rather safeguard public facilities.

Also speaking, the Chairman, Federal Capital Territory Administration Traffic Management Team, Mr Ikharo Attah, revealed that his men remained on the road, doing their routine job during the EndSARS protest until it was highjacked by hoodlums.

“The officers had to seek their safety, leaving the roads blocked and unsafe for the public,” he said.

Ikharo bemoaned a situation where traffic personnel were attacked by hoodlums and the people were cheering them, instead of appealing to them to stop the act.

“We want to be on the road and do our routine job. We don’t want to die. When people are stirred up against us, we get scared. The public should support us,” he added.