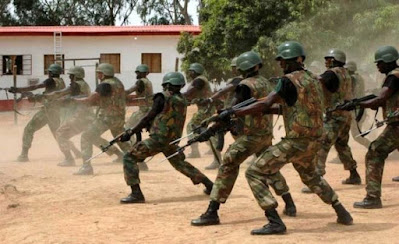 The recruitment of 400 members of the Civilian Joint Task Force in Borno State into the Nigerian Army has pitted prominent socio-cultural groups representing different regions of the country against one another on the proprietary or otherwise of the move.

While the Arewa Consultative Forum is fully in support of the decision, groups such as Ohanaeze Ndigbo, Afenifere, the Middle Belt Forum and the Pan Niger Delta Forum are against it on the premise that only persons from a particular area of the country are recruited into the Army.

The Nigerian Army had on Wednesday absorbed 400 members of the civilian JTF into its fold to assist in prosecuting the war against Boko Haram terrorists.

The men, among who are hunters, are being enlisted into the Nigerian Army’s supper camp strategy in Borno State, the worst hit by the insurgency.

Governor Babagana Zulum, who commissioned the 400 men in the presence of the Chief of Army Staff, Lt. Gen. Tukur Buratai, said they formed the first batch to be recruited by the Army.

According to him, other CJTF members will be joining the Army soon.

The CJTF emerged in 2013 to support the security forces in the fight against Boko Haram and to protect local communities from attacks by insurgents and was formalised by the Borno State Government through a collaboration with the military.

The CJTF members were recruited, trained, kitted, deployed and paid monthly allowances to motivate them.