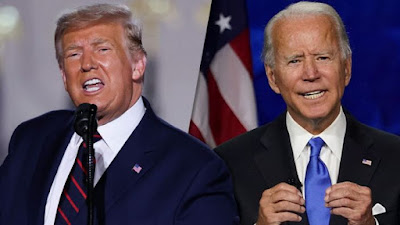 Biden’s electoral college votes have now risen to 290, while Trump has 217 votes.

Biden only needs 270 votes to claim the presidency. He reached the threshold on Saturday and was declared the winner by the country’s media networks.

Trump so far has refused to recognise Biden as President elect, as he mounts legal battles in some battleground states, trying to overturn the results.

Observers have said the legal challenges will fizzle out.

Biden, with 1,668,684 votes, was projected to win Arizona, Thursday night, after more than a week of vote counting, Edison Research said.

AP and Fox News already gave the state to Biden since last week.

Apart from having 290 electoral votes, Democrat Biden is also winning the popular vote by more than 5.3 million votes, or 3.4 percentage points.

With only a few states still counting votes, the electoral math is daunting for Trump, who has claimed without evidence that the election was marred by widespread fraud.

The Trump campaign has filed lawsuits challenging the vote counts in numerous states, although some have already been thrown out by judges. Legal experts have said the litigation stands little chance of altering the outcome, and state election officials have said they see no evidence of serious irregularities or fraud.

Trump’s refusal to accept the result of the Nov. 3 election has stalled the process of transitioning to a new administration. The federal agency that normally would release funding to an incoming president-elect, the General Services Administration, has not yet recognised Biden as the winner.

His pick for White House chief of staff, Ron Klain, told MSNBC on Thursday that receiving transition funding is important given the U.S. government will roll out a coronavirus vaccination campaign early next year.

“The sooner we can get our transition experts into meetings with the folks who are planning a vaccination campaign, the more seamless the transition to a Biden presidency from a Trump presidency can be,” Klain said.