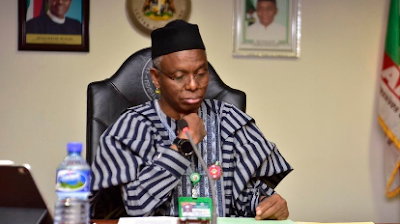 Following his antecedent and good records of performance while alive, the Nigeria Labour Congress (NLC), Kaduna State Council has called on the Kaduna State Government to name its State Secretariat after late Alhaji Balarabe Musa.

In a statement signed by the NLC Chairman in Kaduna State on Friday, Comrade Ayuba Magaji Suleiman, he said the former Governor of the defunct Kaduna State, late Balarabe Musa contributed immensely to civil servants not only in Kaduna State, but Nigeria in general.

According to him, the late Balarabe Musa was the first Governor in Nigeria to introduce the May Day celebration in Kaduna, which was later adopted by the Federal Government.

“Late Balarabe Musa until his death honoured and celebrated the May Day with Kaduna State workers all the time,” he said.

He described late Balarabe Musa as a pillar and defender of the civil servants and the masses, and one who believed in true democracy.

Comrade Suleiman said naming the State Secretariat after late Balarabe Musa would be a great honour to immortalise the deceased and also encourage other leaders to live a worthy life.

He equally condoled with the family of the deceased and prayed God to forgive his sins while on earth.