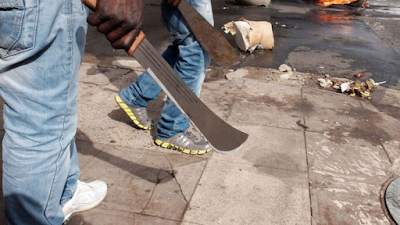 No fewer than five persons have been killed in Edo State in the last two days, as a result clashes involving rival cult groups, especially Eiye and Aye.

The latest cult clashes were more at Upper Sokponba, Ogida and New Benin areas of Benin.

It was observed on Thursday, while moving round Benin, that some fully-armed cultists in Upper Sokponba were brandishing AK-47 rifles, machetes, axes and other dangerous weapons, and shooting into the air, while harassing motorists and pedestrians.

Two persons were shot dead on Thursday in Idogbo, Benin.

A third victim was killed near Y-Junction in the Sokponba area of the state capital.

Two others were shot dead near Ogida Police Barracks in Benin.

On Wednesday, some gunmen took over Siluko Road, near Ogida Police Barracks, Benin, brandishing guns, and forcing pedestrians to raise their hands, with the hoodlums having a field day, without any challenge from security operatives.