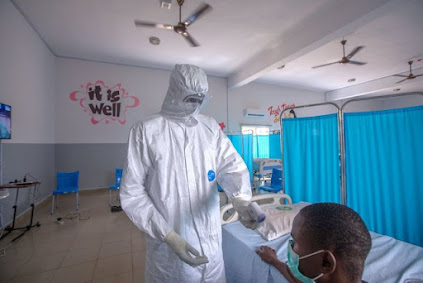 Lagos recorded another 87 cases of COVID-19 on Thursday, giving it a total of 332 cases in the first 5 days of November.

Could Lagos be experiencing signs of a second wave, being expected by officials?

The NCDC did not confirm this in its latest update on the virus, which reported 180 cases across Nigeria.

Lagos, the epicentre of the virus, with 21,570 cases cumulatively has reported the bulk of the cases since Ssunday, when it reported 49 cases.

Since the beginning of November, Nigeria has reported 655 cases, with Lagos accounting for more than 50 percent.

In the latest 180 new cases, Oyo followed Lagos with 51, increasing its cumulative total to 3,461, as the 4th worse-hit.

The Federal capital of Abuja recorded 12 cases, while Plateau has 10.

“On the 5th of November 2020, 180 new confirmed cases were recorded in Nigeria”, the NCDC stated on Thursday night

Here is a breakdown of cases for Thursday: