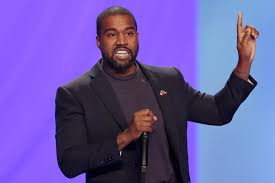 Kanye West, a US rapper and businessman, appears to have accepted that he will not win the ongoing presidential election after he hinted that he will be running again in 2024.

The 43-year-old music producer and fashion designer has been in the race for the presidential seat.

He had appeared on the ballot in a total of 12 states, where he is said to have received a total of more than 57,000 as voting preceded on Tuesday.

The rapper, however, took to his Twitter page on Wednesday to hint that he would be running again in four years.

In the post, he shared a picture of himself standing in front of an electoral map, writing, “WELP KANYE 2024.”

West’s best performance was in Tennessee, where he won 10,188 votes, according to AP tally.

West, who is voting for the first time in a US presidential election, had earlier shed tears during a campaign rally after claiming his father almost had him aborted before birth.

The first vote of my life We are here to serve We pray for every servant leader in the world 🕊 pic.twitter.com/UWSrKslCt1

On why he decided to run for president, West had said: “It was something God put on my heart back in 2015. A few days before the MTV Video Awards, it hit me in the shower. And when I first thought of it I started laughing.

“All this joy came over my body, through my soul. I just felt that energy; I felt that spirit. I had some people in the industry, tech elites. They just really took it as a joke.

“There couldn’t be a better time to put a visionary in the captain’s chair, I’m not here to down Trump or Biden, I’m just here to express why God has called me to take this position. I manifest. I see things. I’m a great leader.”