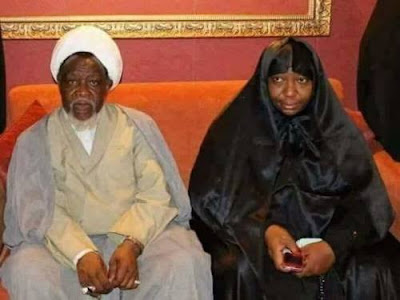 The trial of the leader of the Islamic Movement in Nigeria, (IMN) Sheikh Ibrahim El–Zakzaky and his wife Zeenat began on Wednesday at the Kaduna State High Court.

The Kaduna State Government charged El-Zakzaky and Zeenat with eight counts bordering on alleged culpable homicide, unlawful assembly and disruption of the public peace among other charges.

On Sept. 29, the IMN leader and his wife pleaded not guilty when the charges were read to them.

The State presented two Army officers who testified in secret before Justice Gideon Kurada of the Kaduna High Court.

The News Agency of Nigeria (NAN) reports since the testimony was given in secret, Mr Femi Falana, SAN, told newsmen that the case was adjourned until Nov. 19, for continuation of hearing.

“Two witnesses were taken and the trial will continue tomorrow.

“The officers were put under cross-examination and they gave evidence of the operation that lasted between the 12th  and the 14th of December 2015, and the role of the military in the operation,” Falana said.

Mr Dari Bayero, who led the prosecution, did not speak with newsmen.

NAN reports that on Sept. 29, the court dismissed a no-case submission filed El-Zakzaky and his wife Zeenat.

In the motion, the IMN leader had asked the court to dismiss the allegations against him and his wife for lack of evidence.

But in his ruling, the presiding judge, Justice  Kurada, dismissed the no-case submission, saying that it was premature to rule on the application to quash the charges against the defendants in view of the clear provisions of the Kaduna State Administration of Criminal Justice.