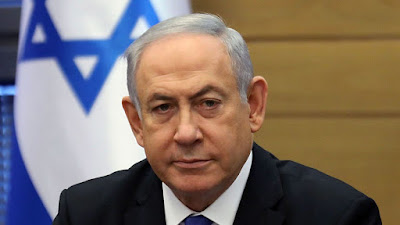 Prime Minister of Israel, Benjamin Netanyahu has congratulated Joe Biden on his triumph at the United States 2020 Presidential Election.

The Democratic candidate on Saturday crossed the 270 electoral votes required for victory.

The PM noted that he has a long and warm personal relationship with Biden for nearly 40 years.

“I know him as a great friend of the State of Israel. I am sure we will continue to work with both to continue to strengthen the special alliance between Israel and the United States”, he tweeted.

Netanyahu also commended President Donald Trump for the friendship shown Israel and him.

He thanked the American leader for “recognizing Jerusalem and the Golan, for standing up to Iran, for the historic peace accords and for bringing the American-Israeli alliance to unprecedented heights.”

Trump maintains Biden did not win and will begin legal battle today.

The king and his son, Mohammed bin Salman (MBS) said they look forward to fostering ties with the U.S.

“King Salman praised the distinguished, historic and close relations between the two friendly countries and their people which everyone looks to strengthen and develop at all levels”, SPA quoted.

During his campaign, Biden promised to reassess relationship with the kingdom and demand more accountability over the death of Jamal Khashoggi.

In 2018, the journalist was murdered inside Riyadh’s consulate in Instanbul, Turkey.

In December 2019, Saudi sentenced five people to death. Some countries and international organizations insist that the masterminds are walking free.