I felt inadequate training with Messi, I wanted to quit football – Boateng 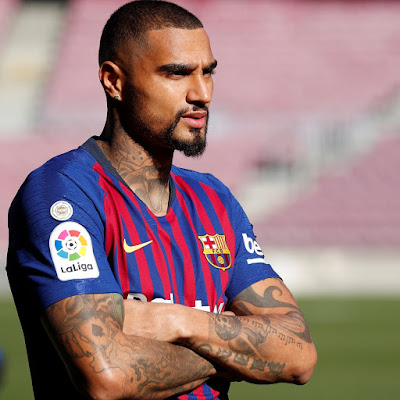 Former Barcelona midfielder, Kevin-Prince Boateng, has said he felt inadequate while training with the club’s captain, Lionel Messi, during his time at Camp Nou.

Boateng explained that he wanted to quit playing football because of Messi, adding that the Argentine captain was doing incredible things.

“I had always said that Cristiano Ronaldo was the best in the world, but Messi is something else. He’s not normal.

“While training with him, I felt inadequate for the first time in my career. He was doing incredible things. I felt like saying: ‘I’m done, I’m going to quit playing!'”