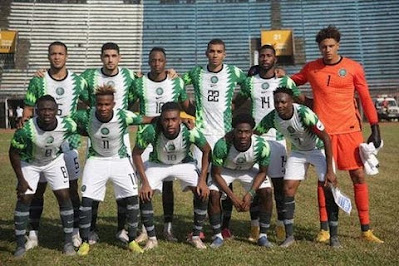 The Gernot Rohr led lads were ranked 32nd in the last global ranking released in October but following four unconvincing matches played between October and November 2020 in which the team could not win anyone, they have dropped down the rank and now ranked 35th in the world.

The team, however, remained 3rd in Africa.

The Super Eagles dropped three spots to 35th in the world after they were held to back-to-back draws against a weaker opponent, Sierra Leone in this month’s 2021 Africa Cup of Nations qualifiers.

Elsewhere, the top six in the global rankings went unchanged with Belgium leading the way followed by France, Brazil, England, Portugal and Spain in that order.

The next FIFA/Coca-Cola World Ranking will be published on 10 December 2020.