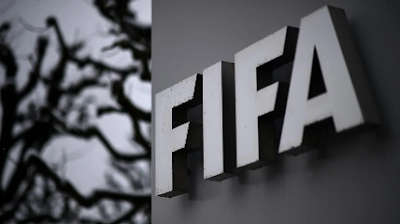 International world football governing body, FIFA, has banned Yves Jean-Bart, the president of the Haiti Football Federation, from all football-related activities after he was found guilty of using his position to s3xually harass and abuse female players, including minors.

Jean-Bart, known as “Dadou”, was first accused of coercing several players at the Fifa centre, the Centre Technique National in Croix-des-Bouquets, into having s3x with him in an investigation carried out.

Then numerous sources involved with the centre, including alleged victims and their families came out to make more allegations.

Following the development, Jean-Bart, was provisionally suspended in May by FIFA while the organization’s ethics committee carried out an internal investigation into the allegations.

However, after the investigations, FIFA in a statement on Saturday agreed that banning Jean-Bart was the best solution.

According to the statement, Jean-Bart was sanctioned “with a life ban from all football-related activities (administrative, sports or any other) at both national and international level.”

He was also ordered to pay a fine of 1 million Swiss francs, or nearly $1.1 million United States dollars.

“The aforementioned ethics proceedings are part of an extensive investigation concerning Mr. Jean-Bart, as well as other officials within the FHF, who were identified as having allegedly been involved (as principals, accomplices or instigators) in acts of systematic s3xual abuse against female football players between 2014 and 2020.

“The proceedings are still pending with respect to other FHF officials,” FIFA said.