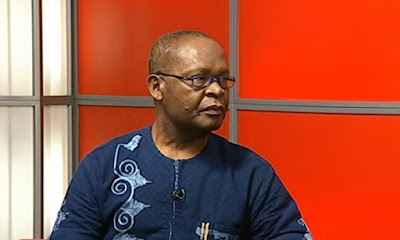 The Special Adviser to Governor Babajide Sanwo-Olu on Drainage and Water Resources, Joe Igbokwe, says DJ Switch, who is rumoured to have fled to Canada, “will know no peace” until she confesses that she lied about the Lekki shootings.

Igbokwe, who is a former spokesperson for the Lagos State chapter of the All Progressives Congress, said this in a Facebook post on Tuesday.

In a post which has since been deleted, Igbokwe wrote, “In Canada abi (sic) with 78 dead bodies? You will come back to meet us. Unless this lady comes out openly that she lied against Laos State and Nigeria, she will know no peace till the end of age. Your tragic lies put the nation on fire.”

DJ Switch, whose real name is Obianuju Udeh, gained nationwide fame on October 20, 2020, when she broadcast a live video of the shootings at the Lekki toll plaza via Instagram, claiming that about 15 people were killed while soldiers made away with some dead bodies.

Following a clampdown on persons who took part in the protests, however, DJ Switch went into hiding and she is rumoured to have fled the country.

On Monday, she made a presentation before the Canadian parliament via Zoom, where she narrated the incident.