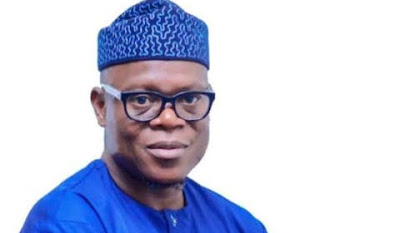 The Senate spokesperson, Dr Ajibola Basiru, on Saturday commended Osun State Governor, Adegboyega Oyetola, for proper handling of violence that erupted while #EndSARS protest was on in the state, saying the demonstration was almost turned to anarchy.

Basiru spoke when he led Osun State All Progressives Congress caucus in the National Assembly on a solidarity visit to Oyetola in Osogbo.

The senator said the caucus was not in any way against the protest, but noted that expression of grievance should not be allowed to cause violence.

He said Osun had distinguished itself as a well-organised state as demonstrated in the way and manner it managed the raging security challenges occasioned by the EndSARS protest as well as massive destruction and looting.

He added that the visit was also aimed to sympathise with those who lost their loved ones, property and belongings to the incidents.

Bashiru stated, “The purpose of our visit is to assess the damage occasioned by mindless people and the lawlessness of the unscrupulous elements in our state.

“We are not in any way against protest, but it is important to know that EndSARS protest is a protest that had taken too far to the door of anarchy.

“In any society, protest is a recognised thing to express disagreement or grievances over a particular occurrence either to the people or government but it shouldn’t be allowed to cause violence.”

In his remarks, Oyetola, urged the lawmakers to continue to promote legislation that would aid good governance and ensure a sustainable democracy in the country.