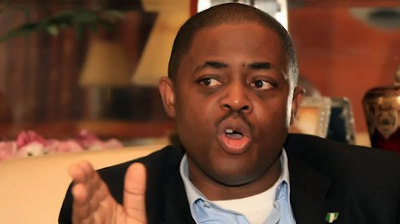 Fani-Kayode made the appeal while describing the manner in which Boko Haram killed the farmers as evil.

The insurgents had over the weekend beheaded some rice farmers in Jere Local Government Area of Borno State.

The death toll, which was initially reported as 43 has risen to 110.

However, the former minister in a series of tweets wrote: “110 Nigerians had their throats slit and heads chopped off in a few hours & in a single location?

“The enormity of this atrocity is simply astounding and it beggars belief.

“Their killers then lay them in lines on the floor with their heads on their stomachs? This is evil.

“We need to declare a state of emergency in some states. If this barbaric atrocity by Boko Haram had been committed in the south, the whole country and international community would have been up in arms. Yet it has happened in Borno and the outrage and disgust that has been expressed is minimal.

“Are we no longer one nation? Are some lives more important than others? Each time anyone, no matter where they come from in our country, is butchered it kills a part of each and everyone of us. 110 heads chopped off and few seem to care? Enough of this madness! Something must give!”