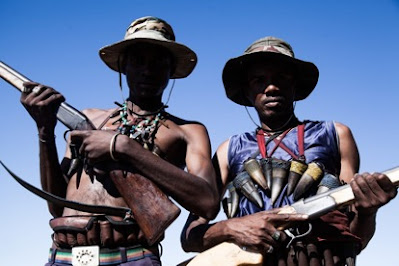 The Police have confirmed the deadly attack on a mosque in Zamfara State by bandits.

No fewer than five worshippers were murdered.

On Friday, the assailants stormed a congregational prayer at Dutsen Gari.

The farming community is within Kanoma District of Maru Local Government Area.

The bandits hid nearby, ensured the devotees were seated and listening to the Imam’s sermon before striking.

They arrived the venue with scores of motorcycles, armed with rifles.

The cleric, Mallam Yahaya, and about 40 others were initially kidnapped.

However, he and some captives were freed on Saturday.

Kanoma is repeatedly targeted due the number of rich sugarcane farmers in the community.