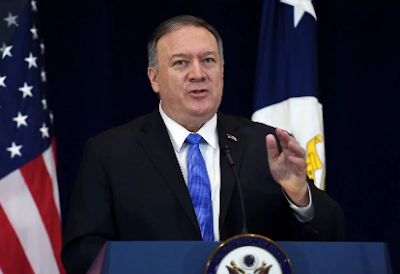 US Secretary of State, Mike Pompeo has revealed that he tested negative for coronavirus after President Donald Trump announced he had been infected and quarantined.

According to him, he was tested about 30 minutes ago, just a few hours after Trump’s announcement, adding that it was the fourth time he had been tested during the past two weeks.

He also said that he hasn’t interacted with the president, adding that his prayers are with him and his family.

“We are praying for the president and the First Lady that they’ll have a speedy recovery,” he added.