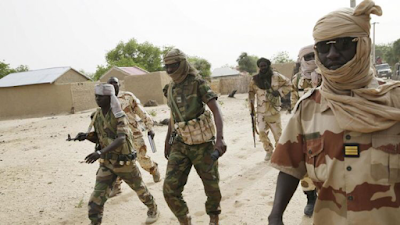 Troops of the Nigerian Army and the policemen have taken over the Oyigbo Local Government Area in Rivers State following fresh mob attacks in the zone.

The State Police Command had said members of the Indigenous People of Biafra were liable for killing two of its operatives and burning of two police station s in the area on Wednesday.

Gunshots were fired in the area from Thursday night till Friday morning as soldiers resist the hoodlums but there were still flashes of violence in Oyigbo.

Recall that Governor Nyesom Wike had placed a 24-hour curfew on the local government but residents said they could not sleep because of the incessant shootings.

Chairman of Oyigbo LGA, Gerald Aforji, while reacting to the sad incident on Friday morning, said soldiers had interfered to restore calm in the area.