‘These are trying times’ — Osinbajo breaks silence on Lekki shooting 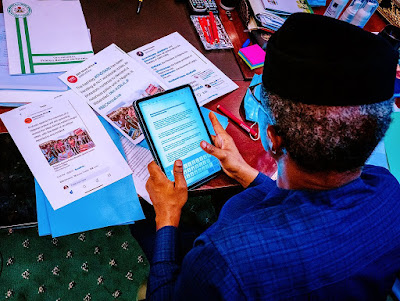 Vice-President Yemi Osinbajo has finally reacted to the shooting of #EndSARS protesters in the Lekki area of Lagos state.

On Tuesday evening, armed men in military uniform opened fire on protesters who had assembled at the Lekki toll gate for two weeks.

The incident sparked a global outrage, with many criticising President Muhammadu Buhari and the vice-president for not commenting on the shooting.

In a series of tweets on Wednesday evening, Osinbajo said the victims will get justice.

My heart goes out to all the victims of the Lekki shootings, and also the policemen and all other men and women who lost their lives in the past few days in different parts of Lagos & other states.

I spoke to some of those in hospital. The pain of these terrible events is palpable in our towns and cities, and some losses are irreplaceable, but we can and will get justice for all of them. I stand with Lagos & all other affected states in these trying times.

We pray we will never see a repeat of these tragedies in Jesus name. God bless you all. - YO

Babajide Sanwo-Olu, governor of Lagos, had visited some of the victims at the hospitals were they were treated.

It is unclear the number of persons who were affected in the attack as there are reports that the soldiers who forcefully dispersed the protesters took away some corpses.

Amnesty International put the death toll at the protest grounds in Lekki and Alausa at 12.